Villa are playing Leeds on Wednesday. Villa. Aston Villa. Yes, it has been a long time.

Remember that place in Aston where you used to go? We’re allowed back in on Wednesday night. Unfortunately, so are Leeds. There’s something not entirely fair about relying on old ideas and hackneyed clichés to talk about a football team based on what they were like half a century ago. After all, we don’t like it when the thick Brummie stereotypes get dragged up. But it’s Leeds, so they get what they deserve. 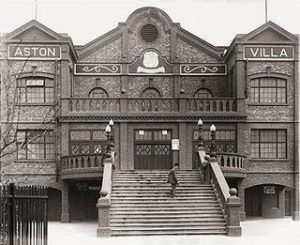 top division. In fact Stoke, Bolton, Middlesbrough and Small Heath have all been there longer than Leeds. They have a manager hailed as some sort of visionary genius, whose biggest achievement in Europe is losing the Spanish cup final and who got a FIFA fair play award for something that happened in a match where he was booked for arguing with the referee. That’s Leeds. They’ve forgotten the time they had twelve managers in six years and all that time in League One.

Since we came into contact with them they’ve done far too well against us at Villa Park. There was the two goal lead we threw away when we got promoted and they hilariously didn’t, then last season they played better than they ever have before or since. This season that loud popping sound you’ve heard has been their bubble bursting and it would be very, very funny if they ended up where they came from.

We’ve got a more or less full squad to choose from, acts of God and late fitness tests notwithstanding, ever though we’re still without Leon Bailey, who’s been away from Villa Park even longer than the rest of us. Three points and shut this lot up please, Villa. It’s not too much to ask.