And do you want to?

I know it might sound a daft question but do you? Really?

Following on from the recent article What do you want from life? I was talking to some Villa supporters over the weekend and asked them that same question. These are the sort of home and away, never miss a match lads who’ve seen so much gloom and misery over the past decade that you’d think they would jump at the opportunity, but they agreed with me that it would be a double-edged sword.

We might all want our team to be successful and to test themselves at the highest level (we’ve seen someone who did just that recently) but there’s one big problem that comes with success in the Premier League. Look back at the clubs who’ve won the title regularly since 1992. Manchester United, Arsenal, Chelsea and Manchester City. Four more entitled and arrogant sets of supporters you could never meet, and four more soulless grounds you would be hard pushed to visit. Last week were talking about how horrible it used to be to visit Stamford Bridge. It might not be so bad now but that comfort comes at a price that’s not just related to expense. 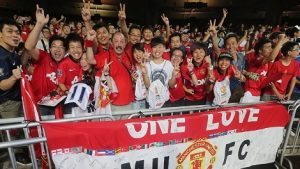 Then there’s Manchester City. In his 1998 book Awaydays, Liverpool supporter Kevin Sampson wrote about seeing a coachload of City fans and praised their stoicism, wondering what they’d be like if they ever had any success.

The answer is that they’re the worst type of gloryhunter, as we saw during that transfer saga. He ‘had’ to join them because, well, just because. They wanted him and they can have anything they want. We were sad and bitter (which is a bit much coming from a fanbase who when they were a real club based their entire existence around hating their rivals. It must be a blue thing) for not letting him go without a fuss and not wishing him all the best.

There was a time when City supporters were, indeed, the best you could wish to meet. Maine Road was one of the highlight aways of the season and if you were anywhere else on your travels and bumped into a groups of their fans you could usually be guarateed a good time with the most fatalistic set of supporters in football. Now they’ve turned into what they always hated – soulless, plastic, out of town gloryhunters. And let’s be honest, if we were in their position we’d attract exactly the same.

Which is why I don’t particularly want to be the best. There, I’ve said it. I like going to Villa Park to sing, shout, argue, vent and go through all the emotions of what football should be about. I don’t particularly want to be in a scramble for tickets every match (which admittedly is something Manchester City supporters don’t have to go through, either), or pay through the nose for the privilege, or have my club turned into something it isn’t. 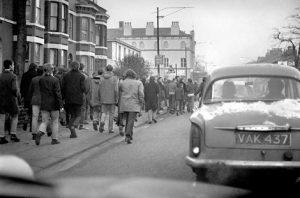 I never want to be blase about getting to a cup final and leave before the trophy’s presented. I don’t want to boo the Champions League anthem because I think Uefa have got it in for us when they insist we play by the same rules as everyone else or try to belittle a club who have more history than we could ever dream of (which admittedly would be almost impossible). I want to support a football club, not a multi-national leisure conglomarate.

As another longstanding supporter of ours said to me before the 2000 FA Cup final, being at that game would be like being a guest at your own party; the people around you might be familiar but you don’t feel as though you really belong. Going to one of the Successful Four’s grounds is like that, and Villa Park would be as well. It’s selfish, but I’d much rather get back to where we were through much of the nineties – a good team to watch, doing well in the league, some European trips and a few trophies. To answer last week’s question, that’s what I want from life.