Looking forward to a visit to West London.

Chelsea away. My, how we all surely count down the days to this one when the fixtures come out.

Now the intenational break’s out of the way we can concentrate on the league again. While everyone else’s attention during the hiatus was focused on such mudane matters as the matches being played, Villa added to the catalogue of calamities that is 2021-22 with a bit more injury-cum-incident, just in time for one of the season’s most Get It Out Of The Way trips.

There was a time when travelling to Stamford Bridge was reserved for the most dedicated and foolhardy of away supporters. Those days have gone now and the most likely reception committee waiting at Fulham Broadway to greet the unwary now will be buying and selling any spares at the sort of price players used to be sold for. Approximately seventeen of the home supporters will have heard of Doug Rougvie, Mickey Droy and Ken Bates’ Amazing Electric Fence. The Chelsea team are a bit different these days as well, but the less said about that the better. 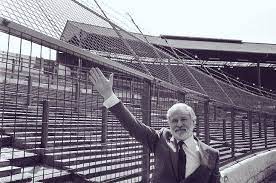 The side Villa put will be affected by injuries, quarantine, plus very likely bail conditions and the juxtaposition of the stars will probably have some effect as well. Apparently Leon Bailey’s back, and so are a few others. Well, they were as of Friday afternoon but anything can happen between then and kick-off time. Expect a 24 hour traffic jam on the M1 or an earthquake centred on Newport Pagnell just as the team coach is passing.

Chelsea have also been hit by the absence of key players, so several of their squad who cost a fortune each will be replaced by several others who cost a bit less. It’s a 5.30 kick-off, which means that if you’re going there you should be leaving the ground at roughly the same time we used to be let out when it was three o’clock.

As for the match, Chelsea will be the side most likely to stop Manchester City winning the league again, which in itself is the ultimate in lesser of two evils dilemmas. We’re at least two or three years and two or three hundred million behind them but being wildly optimistic there’s still no reason wny we can’t get three points from this one. Well there is, but we won here when Alex McLeish was manager so anything’s possible.

Obscure but interesting fact – In 1984 a few Chelsea fans started a band called Accent and blagged their way ito performing on the pitch before a match. They were probably the only band to ever start their career headlining a stadium and finish it playing a pub.