A few words about beating Barrow.

The Villa couldn’t win on Tueday night. Whatever the result it was still Only Barrow we were playing. Anything less thana comprehensve win would be disappoiting and if we scored a few we’d have been accused of bullying. Which is why the evening was particuarly satisfying; unless you set out and either didn’t get there or broke down on the way home, everything went as well as it could have done. 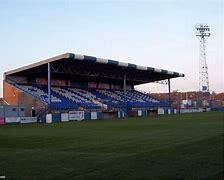 The line-up was a lot more experimental than anyone would have predicted. The wholesale introduction of the six defensive players might have been expected but nobody really thought that the rest of the team would be so youthful (with one exception) nor that the bench would be so inexperienced. Deano gambled that what he went with would be enough to see us through and he was proved right, and then some.

Cameron Archer claimed the headlines to go with the match ball, and he was followed not far behind with good performances from Jaden Philogene-Bidace and the brothers Chukwuemeka. Anwar El Ghazi scored two and made two, took his usual penalty with his usual coolness and made me wonder not for the first time whether he might not have a future playing more centrally off a target man.

Freddie Guilbert did himself no harm, scoring and getting forward dangerously and the rest of the defence did what they had to do without particuarly shining, although there was no real need for them to do anything out of the ordinary. Jed Steer’s biggest problem was keeping his concentraion although he also made a couple of good saves when Barrow had a bit of the ball early in the second half.

The entire team also deserve praise for keeping their cool when the home side started getting a bit fractious towards the end. It might have been a big night for them but they could have been more gracious when the game was effectively over. Still, nobody was injured so no real harm done. Barrow got their biggest gate for fifty years and a good share of TV money, 602 of our supporters, plus a few more dotted around the place got another ground to say they’d seen the Villa play at.

It says something when you can put so many youngsters into a side and they not only play well but they do so in such a way that they showed they could slot straight into the first team. It might have been Only Barrow, but they had to be beaten and we did so without any fuss or drama. It was a good night all round.