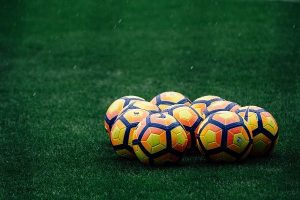 Football fans up and down the country were salivating at Aston Villa’s early forays into the transfer market. The arrivals of Diego Carlos and Boubacar Kamara, as well the permanent addition of Philippe Coutinho showed that Steven Gerrard meant business. But since then, it’s all gone a little quiet at Villa Park.

Admittedly, the Villains don’t need to strengthen in many areas. Their squad is stacked with talent, but their end-of-season form had many fans concerned with the direction the team were heading in. Despite a bright start to Gerrard’s reign, the performances during the second half of the season left a lot to be desired. After four wins in his first seven games, it looked like the sky was the limit. The only losses came at the hands of Manchester City, Liverpool and Chelsea and it looked like a return to the days under Martin O’Neill — where the club was consistently qualifying for European football — may have been returning.

As we all saw though, the wheels came off the bus somewhat. Villa managed just two wins in the final 11 games of the season — including throwing away a two-goal lead at Manchester City, which cost Gerrard the chance to win the Premier League for his beloved Liverpool – leaving his side down in 14th. They actually finished three places and ten points shy of the tally they posted the year before under Dean Smith, which makes you wonder which direction the Birmingham club are heading in.

Their performances were been by no means a disaster. They were a far cry from what we saw back in 2016 when Paul Lambert led the club to relegation for the first time in almost 30 years. With that being said though, much improvement is still needed if the former Rangers manager is to succeed in his first management role in England. The club has an ambitious owner who has poured money into the club since their return to the Premier League three years ago and will be expecting a European challenge next term, similar to the likes of West Ham United and Leicester City in recent years. 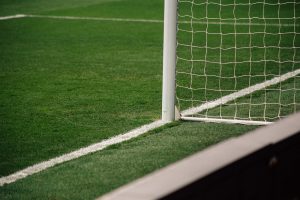 All quiet on the Luis Suarez front?

A few weeks ago it looked as though another sensational signing would be making his way to B6, a man that goes by the name of Luis Suarez. The Uruguayan superstar was a teammate of Gerrard’s back in his final years as Liverpool captain, almost leading the club to the title in 2014. The manager has regularly said that the former Barcelona man was the best player he ever played with and it’s hard to argue otherwise. He scored 198 goals in 283 games for Barcelona following his £75m move from Anfield, winning the Champions League as well as four La Liga’s and four Copa Del Rey’s. He then bagged 21 goals in 32 games as he led Atletico Madrid to La Liga glory last year.

But since those early summer rumours, it’s all gone a little quiet, with Aston Villa now looking second-favourites to land the coveted striker’s signature, with Argentinan side River Plate in pole position. With the huge amount of matches played in the English footballing calendar and with Suarez now being 35 years of age, it may be for the best that the club looks elsewhere on their hunt for firepower.

A raid of former club Rangers?

Although rumours are hardly swirling, it has been touted that Gerrard may raid his former club Rangers in the hopes of bolstering his current squad. Under his tutelage, The Gers had an invincible season north of the border last year, winning plaudits across the continent. Although they couldn’t retain the title under the incoming Giovanni van Bronckhorst, they did reach the Europa League final, defeating Borussia Dortmund and RB Leipzig en route to the Seville showpiece.

Two players that have consistently impressed in Glasgow are Ryan Kent and Calvin Bassey, and both have been linked with a move to the Midlands in recent weeks. Perhaps they may be the finishing touches on an already impressive Aston Villa squad, primed and ready to compete in the upper echelons of England’s top flight next term.