Looking back at a bit of history.

It’s been a bit of a nondescript season. A change of manager, a world-class loan signing and a load of mostly forgettable performances. It’s certainly been a minor footnote compared to the real stories of years gone by.

Four boys have a dream
You know this one by now – one evening towards the end of 1874 group of lads from the Aston Cross Wesleyan Chapel meet under a gas lamp on Heathfield Road to talk about how to keep fit during the winter. One of them had the bright idea of forming a football club, and we were underway, with the first match being played half under rugby rules and half football. There’s even been an exact date discovered when the fateful meeting was supposed to have taken place, but like most of the story it’s at best debatable and more likely entirely made up. Nobody knows the date, there’s doubt as to whether the meeting ever happened and we aren’t even certain whether that strange hybrid match was the first, or just the first win. No matter, we were up and running. 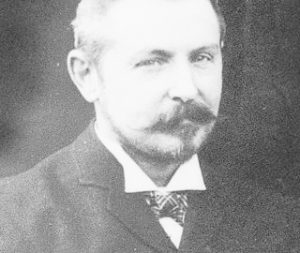 Archie Hunter gets lost
By 1878 Villa had been going for four years and with George Ramsay in charge the team were starting to make a name for themselves. Archie Hunter came down to Birmingham from his native looking for work and, so the story goes, he wanted to play for Calthorpe, then the best team in the area but couldn’t find their ground so, upon hearing that is fellow-Scot Ramsay was their captain, asked to join the Villa instead. Again, that’s not strictly true because he had to be persuaded to sign for us, but he nevertheless became the first great football captain and the finest dribbler of his time. There was one other contribution he made; one of the most poignant stories associated with the Villa has Hunter on his deathbed asking his brother Andy to lift him to the window so he could see the crowds going to Villa Park one last time. Sadly for mythology, Andy had died in Australia six years earlier.

Bloody hooligans
Anyone who thinks that football violence is a modern phenomenon or that it has never been more than a minor problem at Villa isn’t all that clued up about Perry Barr. Whenever we played the Albion both their players and supporters often had to leave the ground a bit sharpish to avoid a less then friendly farewell and when Villa, the holders, played Preston in the FA Cup fifth round in 1888 the crowd spilled onto the pitch repeatedly. The police were unable to keep control and so off-duty hussars from the local barracks took matters into their own hands. We were losing three-one at the time and although the clubs agreed to abandon the match and play out time as a friendly the FA ordered that the result should stand.

Whistle down the local pit
Steve Smith hailed from the Staffordshire village of Abbots Bromley. He was a winger who played for local side Hednesford and was attracting the attention of a few clubs, including the Villa. Frederick Rinder was determined that nobody else would get to him first and decided to sign Smith while he was at work. The trouble was that the player was a miner at Cannock & Rugeley colliery but nevertheless Rinder went down the pit shaft and emerged with some no doubt dirty but still signed transfer forms. Smith proved to be worth the trouble, helping Villa win five league titles and playing for England.

Whodunnit?
This is another one that every Villa supporter knows, although the full story will probably never be known. After beating Albion in the 1895 FA Cup final, Villa lent the trophy to bootmaker William Shilcock to display in his shop window in Newtown Row. Times might have been a bit more law-abiding back then but Newtown was still Newtown so it should have been no great surprise when it went missing overnight and was never seen again. Many years later an old criminal, Harry Legge, claimed that he’d stolen the cup and had it broken up to make counterfeit currency, although his story was said to have been so inaccurate as to be unlikely. The trophy probably was melted down but it would be nice to think that in the corner of some dusty attic around Aston or Handsworth there’s a strange looking old bit of silver that the owners keep meaning to have a look at one day.

Frank Barson
The hardest footballer ever – no question. Stories abound about Barson, and nobody knows how many are true or not. He was said to have carried a gun into contract negotiations, received a good luck telegram before one match from an associate in the condemned cell and gave away the pub he owned on its opening night. But there are two stories that can definitely be verified. Travelling with Sam Hardy to a match at Old Trafford, Barton ended up having to walk seven miles after a rail crash disrupted their plans. Naturally, Barson had a storming game in a Villa victory. And he was given a final warning by the referee at the 1920 cup final – in the dressing room before the game started.

Murder most fowl
We’ve mentioned this one a few times. Thomas Ball didn’t get on with his neighbour George Stagg, but even so it was probably a bit of an over-reaction, when his chickens (or it may have been his dog – accounts vary) got into the next door garden for Stagg to shoot him dead. Ball remains the only English professional footballer to have been murdered, while Stagg was sentenced to death but the sentence later commuted to life imprisonment.

Pongo
Unless your name’s Hampton, there’s a strong case for arguing that Pongo Waring is Villa’s greatest-ever goalscorer. What’s even less clear-cut is where he got the most famous nickname ever bestowed on any Villa player. Some say it was taken from a popular cartoon character of the time, others “on account of his malodorous feet” while a third theory says that it hails from the time he joined an England touring party with no clothes except the ones he was wearing and no luggage except a toothbrush. Waring was also reckoned to have had a somewhat troubled domestic life and was reputed to have been arrested once and sent to Winson Green, where the governor was asked to keep him fed, watered and out of trouble, then returned to Villa Park the following Saturday.

The Nazi salute
Here’s one that’s been twisted out of all recognition over the years, thanks in the main to the muck-raking, poisonous Sunday Mercury and the muckraking they were never called to account for. In 1938 Villa were on tour in Germany, as were the England side who had reluctantly given the Nazi salute the day before Villa were due to play their first game. They were asked to repeat the salute, refused, and were then ordered to do so under the threat of disciplinary proceedings from the FA. In the first game of the tour they refused to repeat the salute at the final whistle and after that, they gave a salute – of sorts – at the end. In the face of Nazi hostility, the Villa team performed V signs, crossed their fingers and used all kinds of ways of showing their true feelings. No-one could rationally criticise their actions.

Encore
To lose one cup might seem a bit careless. To lose two is to be starting to make it a habit. Given our previous record it was a bit unwise to take it to a supporters club do in Chesterfield and even dafter not to have it locked up all the time. The inevitable happened, someone took their eye off the trophy for a second and a proud tradition was duly upheld. Luckily, South Yorkshire isn’t downtown north Birmingham and it was found on the doorstep of a police station in Sheffield next morning, none the worse for its adventure.

The fractured dressing room
It goes without saying that Brian Little is the most popular man in the annals of H&V. Worship isn’t too strong a word, but even we would say that he’s hardly the hell-raising sort. So how the hell did he end up with a dressing room the like of which was a manager’s nightmare and a tabloid journalist’s dream? At least Brian inherited Mark Bosnich, he of the suspect line in underwear and the even more suspect runny nose. Then came Savo Milosevic, the one-man Balkan conflict. Savo was followed by Sasa Curcic, who ended up on Big Brother in Serbia. And then came Stanley Victor Collymore. That lot, in the same team. The result was inevitable; the only wonder is that Brian didn’t need a straitjacket.